END_OF_DOCUMENT_TOKEN_TO_BE_REPLACED

Other Regional Networks
of Nuclear Education:

Coordination Meeting of the Project RLA0048: Advances and Projections in the activities of LANENT 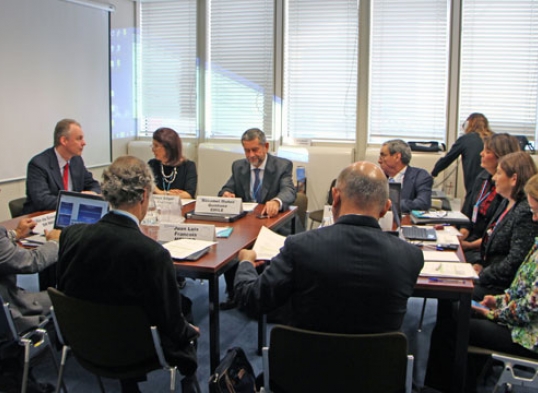 The meeting was held from 4 to 7 March 2014 in the International Atomic Energy Agency, Vienna, Austria, within the framework of the Technical Cooperation Project RLA0048: “Networking for Nuclear Education, Training, Outreach and Knowledge Sharing”. The same was intended to discuss the abovementioned topic in the countries from the Latin American and Caribbean region that participate in the project.

The purpose of the meeting was to:

The main results of the Project RLA0048 are the following, among others: consolidation of the educational network; LANENT website which is already accessible and regularly updated; training of over 10 professionals of the region in nuclear knowledge management; purchase of equipment and software to digitize documents in the intervening INIS centres. A Learning Module in Spanish in the Logical Framework Approach was developed and is already available. Currently, an integrated database is under development on nuclear education in different regions.

END_OF_DOCUMENT_TOKEN_TO_BE_REPLACED

Other Regional Networks
of Nuclear Education: